Are you also sometimes not sure whether you are using the correct data cable acronyms that are mostly used for Ethernet? UTP vs FTP, STP vs FTP. Let’s have a look at the difference between them. 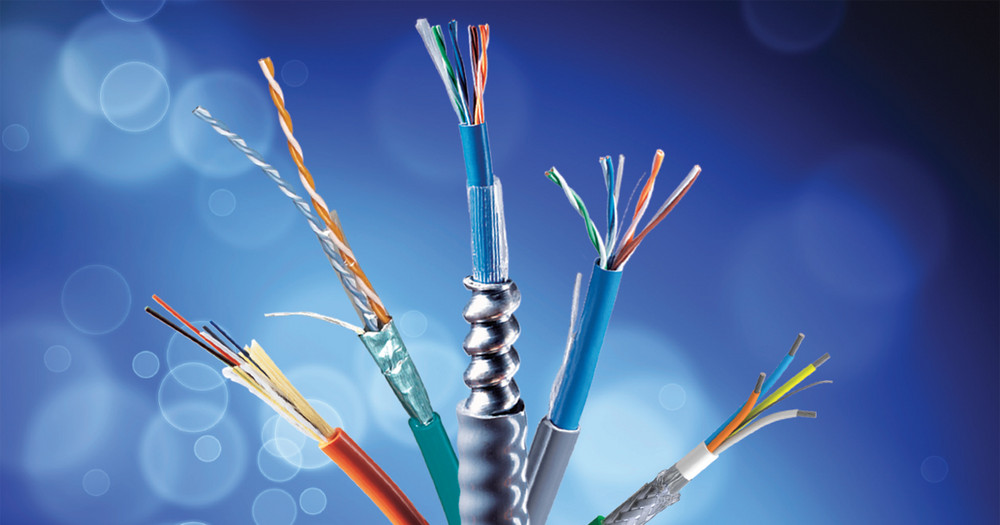 Today we already know that if someone 20-30 years ago felt that the Internet would be a "big thing", they were right.

However, only few seem to have assumed that the Internet would have such a strong impact on industry and the private sector.

In case of industrial applications, the currently evolving "Single Pair Ethernet" (SPE) technology is even more advantageous. It is mainly due to the simplification of installation and significant space and cable costs savings.

Despite the rise of wireless technology, wired installations have their advantages and they remain a major pillar for data communications, especially in industry.

Thanks to the Internet being used at work and also at home, perhaps everyone has at least heard acronyms used for cables, such as UTP or FTP. However, many times we use the same acronym to refer to quite different cables, which we encounter especially in various articles, blogs, Internet discussions and elsewhere.

Let’s have a brief recap of the meaning and differences between the individual cables, as it is defined in ISO/IEC 11801:200. An explanation of the nomenclature, as well as a clear table, will certainly be of help.

Cable without any shielding (Unscreened), only with twisted pairs (Twisted Pair - TP).

It is a common unscreened cable called a UTP cable. At the same time, it is the simplest version of a twisted pair cable. Its disadvantage is, of course, lower resistance to external interference, as well as higher self-radiation of the cable to the surroundings. This version of the cable is still sufficient in many applications, but from a perspective point of view, it is safer to use cables with at least some form of shielding for new installations. Especially when the price difference between U/UTP and F/UTP is very small today.

Cable completely shielded by conductive foil (Foil - F) with mutually unshielded twisted pairs (UTP). This cable is very similar to the basic UTP cable with the addition of foil, mainly aluminum, under the main plastic sheath of the cable.

Another common name for this type is also FTP cable. These cables are common in 10GBaseT applications. When comparing FTP vs UTP, F/UTP (i.e., FTP) is definitely winning, since the U/UTP cable has no shielding. As we have already mentioned, the price difference between them is very small. Therefore, if you don't need kilometres of cables, the F/UTP (FTP) version will definitely be a better option. Although the primary function of the shielding foil is electrical functionality, i.e., shielding, its small secondary advantage is that it makes the cable a bit more mechanically resistant.

This cable is sometimes referred to as an STP cable, but keep in mind that this acronym sometimes refers to the next cable with a different construction. Therefore, just to be sure, always check that the cable has a total shielding and that the pairs themselves also have their own shielding or not if that’s what you require. Braid-screened cables are usually more flexible than F/UTP cables, so they are more suitable for flexible applications.

This cable is also occasionally referred to as STP cable. These cables with overall braid screen and foil are very effective in preventing interference (EMI) from entering or leaving the cable.

If we compare the STP vs FTP cable, in case of the cable that has the letter "S" in its name, we always find the braid (fine wires), while in the FTP ones, the shielding task is performed only by the foil. Therefore, SF/UTP cables are very often found in the category of cables marked Cat.6. 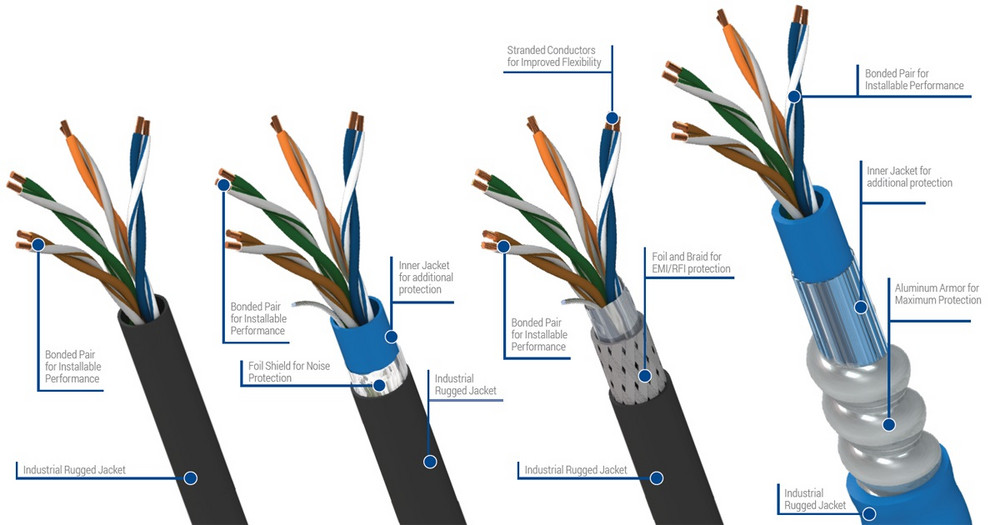 Cable with overall braid screen (S) and with pairs shielded with foil (FTP). The shielding underneath the jacket is thus a braid and each pair is surrounded by its own foil. The purpose of the additional foil on individual pairs is to reduce the amount of crosstalk between them. S/FTP cables are very often found in the Cat.7 category as well as in the category of highly flexible industrial cables.

It means double total shielding, i.e. overall braid screen (S) and foil shielding (F) together with mutually shielded twisted pairs (FTP). In terms of EMI and many other features, it is the most electrically advanced version of the cable. This is one of the reasons why it received 5 stars in the table below.

Overall foil shielded (F) cable with foil shielded twisted pairs (FTP). Like F/UTP cables, these shielded cables are often used in 10GBaseT applications. F/FTP is cheaper to manufacture than S/FTP, but it is usually less flexible, therefore it is mainly suitable for fixed installations.

Cable without total shielding (U), but with foil shielded twisted pairs (FTP). This type of cable is also commonly used in 10GBaseT applications. At first glance, the name U/FTP is very similar to F/UTP, but in reality, the U/FTP cables are of much higher quality than F/UTP, as the mutual shielding of the pairs minimizes crosstalk. At the same time, this cable is usually more flexible than F/UTP.

In general, the great advantage of cables that have individually shielded pairs is a significantly smaller difference in delay skew. This is especially important for systems that use multiple pairs to transfer data simultaneously.

A thin wire, the so-called "drain wire", which makes the cable assembly easier if we use RF45 shielded terminals, is almost always used with the screening.

An overview of the basic differences in data cable nomenclature: 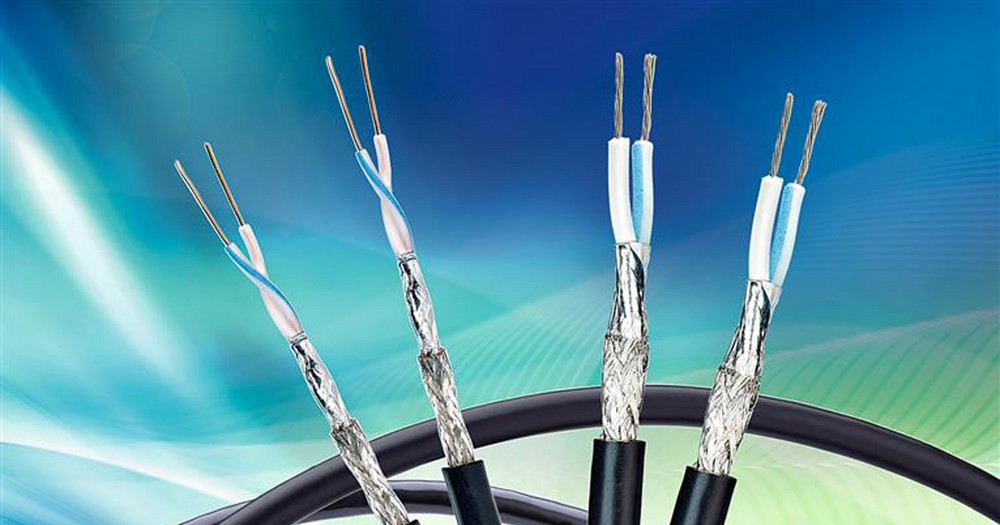 The latest trend in the industry is Ethernet using only one pair of wires, hence the name "Single Pair Ethernet".

Cables for SPE are described in standards IEC 61156-11/-12/-13 and -14. These four new standards for SPE cables define both solid and flexible installation.

The SPE technology enables, apart from other things, the production of equipment or components in order to create Ethernet-based end-to-end communications and thus implement the oft-cited "from sensor to cloud" slogan.

A huge advantage of this solution is the large savings in cables and space, while the weight savings are usually up to 60%. Currently, the most frequently used cable suitable for Single Pair Ethernet is the S/FTP type. The range of cables for this area is growing every day and it is expected that in the future this type of communication, especially for industrial purposes, will dominate mainly due to savings.

Now, when you know the difference between FTP and UTP cable, you can easily decipher not only the F/UTP cable 1633E Cat5E, which is part of our stable stock offer.

It is the proven and most commonly used cable from Belden, which is suitable for all common installations in buildings.

The wires are solid with a diameter of 0.51 mm (AWG24) with aluminum foil shielding (+ AWG26 "drain wire"). The cable meets all current standards and with an outer diameter of 6.0 mm can be used without any problems with the vast majority of RJ45 connectors.

The technical sheet on our website includes all the information needed for the proper use of the cable, along with the parameters that are not usually mentioned by all cable manufacturers. With a maximum voltage of 72 V and a continuous current of 1.5 A @ 25 °C, the 1633E Cat5E F/UTP cable is suitable also for PoE applications.

Advantages and features of 1633E cable:

If you are interested in any cables from the Belden’s range, or you want to consult the selection, please fill in the following form, we will be happy to help you.

The article has been updated on 12/22/2021. The original article was first published on 12/27/2018.
When you issue article on your website, please give its source: https://www.soselectronic.com/articles/no-name/utp-ftp-s-ftp-small-refresh-might-be-useful-2033

Can penguin live in desert?